Home » Immigration » Hispanic Culture is Not the Heritage Democrats Celebrate

Not all Hispanics in America are illegal, poor, or both. Unfortunately, that’s the impression spread by the Democratic Party. When Democrats talk about Hispanic culture during Hispanic Heritage Month they focus on illegal immigration and the hurricane death toll in Puerto Rico. Both issues are favorites for attacking the president. Neither has anything to do with celebrating Hispanic culture in our country.

One politician after another lined up to condemn Trump and criticize U.S. policy in the name of our one-month observance of Hispanic heritage, as if these two issues represent the defining characteristics of Hispanic Americans.

That’s the wrong message to send. Democrats get away with it by bullying Americans into being fearful of challenging the party on issues of race and ethnicity even when what we hear makes no sense. 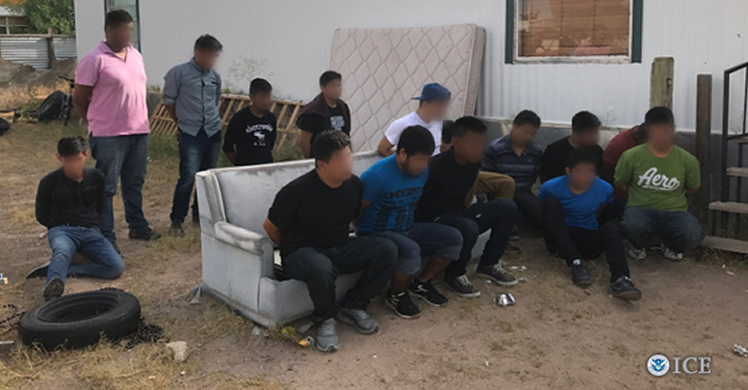 The latest Census figures report 58.9 million people of Hispanic origin in the U.S. Estimates of citizens vs. non-citizens are difficult to find and will be even more difficult in future years thanks to political efforts to obstruct the Census.

Suffice it to say that nearly 20% of the U.S. population is Hispanic. The majority of these people are U.S. citizens or legal residents.

What stands out about the culture of these tens of millions of people? It depends on who you listen to.

If you think Hispanic Heritage Month exists to celebrate Hispanics in America you are only half right. It was proposed in 19681 and according to the Census Bureau:

Sept. 15 is the starting point for the celebration because it is the anniversary of independence of five Latin American countries: Costa Rica, El Salvador, Guatemala, Honduras and Nicaragua. In addition, Mexico and Chile celebrate their independence days on Sept. 16 and Sept. 18, respectively.2

September 15 is also the starting point for Democrats celebrating Hispanic heritage for reasons that have little to do with citizens who live, work, and contribute to this country and a lot to do with making us angry at Republicans and the president.

Hand-wringing, condemnation, and blame are odd ways to hold a celebration.

Even though he was effectively kicked out of his seat by a Hispanic woman, the House Democrat Party chairman reminded us what is important about Hispanic Heritage Month 2018:

One year after Hurricane Maria, the Trump administration continues to neglect our brothers and sisters in Puerto Rico as they struggle to rebuild the island. And President Trump is demonizing and promoting an anti-immigrant agenda, refusing to bring relief and certainty to DREAMers, and tearing immigrant families apart.3

When Whip Steny Hoyer (D-MD) took his turn, he reminded us to:

keep in our hearts the children who remain held in detention, alone and afraid.4

The same goes for our nation’s DREAMers, living in a state of great uncertainty, as well as for our fellow Americans in Puerto Rico, who are still struggling to rebuild even a year after devastating hurricanes.5

Is there more to Hispanic culture than being an illegal immigrant or living in hurricane-ravaged Puerto Rico?

Illegal and underprivileged, too

As we spend the coming weeks celebrating Hispanic traditions and reflecting on the many Hispanic contributions to Nevada’s economy and culture, we must all stand strong as allies with the Hispanic community against an agenda that threatens to tear families apart, undermines labor rights, and jeopardizes access to affordable health care and strong public schools. 6

Senator Robert Menendez (D-NJ) blurred the distinction between legal and illegal. He inferred that the White House is going after American citizens because of their heritage:

In a moment when the Trump Administration is targeting our community, we must come together and proudly celebrate our culture,” said Senator Menendez.7

Nevada Senator Catherine Cortez Masto talked about lip service and then resorted to the same thing when she also focused on Puerto Rico:

Let us not simply pay lip service to our Hispanic communities but seize this moment to recommit ourselves to the fair and equal treatment of the three million U.S. citizens who call Puerto Rico home and the longstanding American tradition of providing refuge for those in need.8

Ever since George Bush uttered the words “Brownie, you’re doing a heck of a job” it has been open season on federal management of natural disasters. The big difference in Puerto Rico is that the island was already struggling to be prepared for anything.

$5.5 billion in aid came from U.S. taxpayers9 by January 29, 2018. It barely scratched the surface of what the island needs. The money is not acknowledged by Democrats and neither is the island’s “fragile and outdated infrastructure”10 that was detailed in a government report that observes:

Puerto Rico officials had not considered that a hurricane would cause a loss of power for as long as Hurricane Maria did.11

Using Puerto Rico’s uncertain death toll for a midterm election issue is a creative way to celebrate Hispanic culture. There is massive political mileage to be gained from accusing the administration of an “inadequate federal response,”12 but it is unfair and slurs the memory of terror victims to compare our efforts to the September 11 attacks by calling for a “9-11 style commission to examine the federal response.”13

There is another side to the disaster in Puerto Rico:

That’s not how the Congressional Hispanic Causes wants to commemorate Hispanic culture and the contributions Hispanics have made to our nation:

But instead of celebrating inclusion, our country has seen a rise in hateful anti-immigrant rhetoric perpetrated by this administration’s systematic attacks on, and targeting of, our community. These efforts have marginalized immigrants and undermined the contributions of Hispanic families, and are inconsistent with the values on which Hispanic Heritage Month was founded.16

This is what Democrats want us to know about Hispanic culture during Hispanic Heritage Month. After all, this is an election year.