Hating America isn’t hard for liberal Democrats. They aren’t going to honor something they don’t value. It isn’t difficult for them to get people to agree when they openly disrespect our country because Democratic politicians are clever at confusing what they are really saying. Hating America is all about subtly undermining what we value. They figured that out a long time ago.

Is denouncing Democrats for hating America too strong an accusation? Is “hate” too harsh a word to be applied to the kind-hearted, populist nonsense spewing from yammering liberals eager to stay on Capitol Hill until senility or death from old age finally forces them out? Judge for yourself. Democrats have one rule for hating America:

Hating America means persuading Americans to hate what we are.

What does that mean? It means turning American values into something we despise. Need a few examples?

Be ashamed of accomplishment.

Part of hating America is defining how much success is acceptable. What makes one person a success and another a despicable greed monger? Current Democratic thinking is that success is making it out of poverty into the middle class. More accomplishment than that and you run the risk of being responsible for working families earning less than you. The only way to atone is by giving away what you work for. That’s why we have a tax code.

Hating America also means despoiling what your family has saved. The law calls it an estate tax. Many Democrats simply call it unfair. They are good at making it sound like they don’t despise the idea of anyone but their party’s politicians and supporters possessing wealth. Michigan Senator Carl Levin seems to suggest that being in a wealthy family makes you guilty the moment you are born:

I support an estate tax rate that is in keeping with the longstanding American value that wealth should be the product of merit, not the accident of birth. Attempts to end or sharply reduce estate tax rate contribute to deficits and violate basic principles of economic fairness.1

What does that mean? Entitlement to whatever wealth you accumulate has limits, just like accomplishment. You are entitled to enjoy some of your wealth while you are alive. Your family members should make their own money. Besides, Democrats have to tax away your family’s savings so they can build up the estates of the less fortunate.

Perhaps Democrats are on to something when they heap guilt on the rich. When you are rich enough, you can do and say stupid things that harm others because your money means you won’t be affected. Need proof? How about Warren Buffet coming up with his namesake tax and spend rule, or asking Congress to pass an immigration bill2 that everyone in the country will end up paying for, including those who can’t afford the extra tax burden? 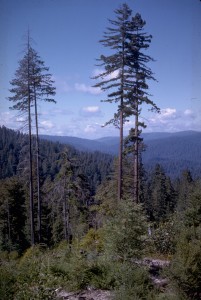 In Democratic America we aren’t individuals. Any worthwhile identity comes from being part of a group. We are Americans trying to get into the middle class, racial minorities, the rich, veterans, or homosexuals. We are groups ripe for being punished, exploited, entitled, or patronized. Unorganized individuals are worthless as a political force unless they are wealthy donors. Groups are useful. They can be manipulated and used for propaganda.

Democracy gets in the way.

Democracy is an archaic inconvenience adhered to by radical right wingers. The president knows this and has refashioned the powers of his office to ignore our traditional way of making sure the people have their say. He’s so used to it he thinks ignoring the law is his job:

So there’s a bunch of stuff that needs to get done. Unfortunately, I think the main vote — correct me if I’m wrong here, Congressman — the main vote that they’ve scheduled for today is whether or not they decide to sue me for doing my job.3

There isn’t a great deal about the limits to the president’s powers that can’t be found in America’s historical documents. Of course, if you don’t care about those documents then your job as president can be whatever you want it to be (see: Freedom from Being American Liberates Obama).

Politicians are incorrigible liars. Most Americans get that. No single political party or politician can lay claim to defiling the truth. They all do it. Reinventing the truth is also part of the Democratic Party’s policy of hating America.

If he wasn’t serious and didn’t stand a good chance of getting away with it, we’d be laughing at Barack Obama threatening action while he makes remarks like these about sending undocumented children home:

I say that not because we lack compassion, but because in addition to being a nation of immigrants we’re also a nation of laws.4

He should have checked with his House Speaker wannabe. Nancy Pelosi began yesterday’s floor speech on the border bill by asking:

…what the best way is to address the challenge, honor the values of our country and save the children.5

The question to ask is who is going to save us from that kind of thinking?

When saying “I’m sorry” is anti-American.

Meeting with his Central American counterparts, the president accepted blame on our behalf for the bad behavior along the border:

I expressed again that we have a shared responsibility, for example, when it comes to dealing with drug trafficking, that we are dealing with the demand for drugs in the United States and doing more to stop the cross-border flows of arms, for example, from the north to the south.6

Did he forget whose administration spawned Fast and Furious? Does he remember that America has responsibilities because people in other countries have been lured here by the consequences of hating America out of opportunistic, liberal guilt?

With respect to the U.S. meeting some of its responsibilities, I briefed my fellow Presidents on the supplemental request that is working its way through Congress.7

That’s hating America in a nutshell: apologizing for all Americans for a problem liberal Democrats created and lying about plans to enforce the law to stop that problem. If I was one of those Central American presidents, I wouldn’t know what to despise more, our country’s president or the nation and people he claims to represent.