During the few moments I spent viewing last Wednesday night’s Democratic debate I listened to unlikely extremist presidential candidate Cory Booker raise his voice to near-shouting in a language I don’t understand. That sums up my feelings about the Democratic Party’s plan to retake the White House and fix America once and for all. Democrats talk in a language I don’t speak. They want us to agree that we face moral bankruptcy and to elect people who use guilt and oppression to promote their policies.

If we don’t agree they will shout louder until we finally understand. 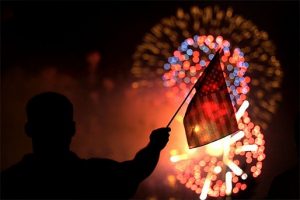 The calendar says Independence Day but the backstory behind these too early, cull the herd media events isn’t about an America worth celebrating.

Political trick bags are bottomless but Democrats don’t have to reach very deep to come up with one of the most despicable ploys in their playbook: if Americans can be persuaded to be ashamed of our country perhaps we will join them to make it better by doing what they say.

As the Fourth of July drew near last summer we heard about America’s “immoral treatment of children,”1 “this cruel and immoral chapter in our nation’s history …”2 and a president who “has lied to the American people …”3

The harangues keep coming. This year “there is no human decency”4 because we won’t agree to open borders immigration and all the taxpayer-funded perks and protections that come with it.

When Americans put their children in harm’s way we put them in jail. When migrants do it we call our nation immoral and blame ourselves for not doing more to help. That’s why Congress just decided to spend another $4.5 billion of our tax dollars that wouldn’t be necessary had Capitol Hill prevented this problem before it started. They failed. That makes America immoral.

Hope for the future for America the guilty?

Every presidential candidate talks about hope and the future. It’s what they do best. They speculate about enormous opportunities to be seized. In the coming months America will be transformed into a glorious nation full of potential and good people who deserve better than what we’ve got.

Don’t believe any of it. When the election is over all of this will go away.

Instead of listening to what Democrats say to get your vote, pay attention to the backstory. Listen to prominent voices. They use America and our history against us to get what they want.

Blame is oppression but we are not guilty

You can’t tear down what we have until you convince the majority of Americans that our nation is rotten. When that’s accomplished our refuge from guilt is more spending.

Whether we admit it or not we are told that we have a lot to feel guilty about and must atone for what we’ve done even though few of us have done anything wrong.

One way to do this is to elect more Democrats. Another is to spend money.

Let’s go back in history and start with our failure to accept blame for America’s long gone but still politically valuable peculiar institution.

According to candidate Cory Booker:

We as a nation have not yet truly acknowledged and grappled with racism and white supremacy that has tainted this country’s founding and continues to persist in those deep racial disparities and inequalities today.5

That pretty well covers our entire history. I don’t know how much more admitting and acknowledging we can do, but this isn’t about words. It’s about money and using it to promote political careers.

It’s deeply disturbing that American communities across this country essentially condoned hate-filled murder, and it wasn’t all that long ago,” said Rep. Moulton.6

That remark was in support of a House anti-lynching bill to mirror candidate Kamala Harris’ Senate effort. Cory Booker remarked of that legislation that lynching “is a present and pernicious evil …”7

Lynching is only part of America’s black hole of guilt:

Since slavery in this country, we have had overt policies fueled by white supremacy and racism that have oppressed African-Americans economically for generations,” Booker said. “Many of our bedrock domestic policies that have ushered millions of Americans into the middle class have systematically excluded blacks through practices like GI Bill discrimination and redlining.8

There isn’t much American good to be had here. Democrats don’t have much to say about their party’s role in perpetuating oppression through massive spending on socialist handouts that foster dependence. Instead, many are all in for taking socialism to the next level.

Black unemployment is at an all-time low under a Republican president that Democrats despise. For some inexplicable reason that means we need to spend more money on reparations to make things better.

When that isn’t enough to wash away our guilt, Americans will be shamed into spending even more.

Earl Blumenauer (D-OR) was frank in his assessment of America in a Juneteenth message calling for a national apology:

This day commemorates June 19th, 1865—the day the abolition of slavery was announced. It’s also a vivid reminder that America has an ugly history.9

Thanks for that, Earl. We do have ugly things in our history. Most countries do. That doesn’t make our history ugly. There is plenty of good to be had as much as it pains many of our politicians to admit it. The real ugliness is trying to benefit politically from these bad things instead of acknowledging the past and moving on.

There is a surfeit of good in America, but good doesn’t put as much power and money in Democratic hands. To that end Blumenauer reminded us that:

America has a dark past, but we can all do our part to make a brighter future.10

Our part means that after we enter a national guilty plea we can be fined for what we did because the cure for America’s conscience is spreading money around whether that means reparations, social spending, single payer health care, zeroing out student loan accounts, or granting U.S. citizenship to anyone who stumbles over our borders.

Democrats are very good at this sort of thing. Once they get started they don’t stop.

Oppressors seek control over our lives

Americans are subordinate to a minority of oppressors

Three initials suffice. You know who she is. How an ex-bartender who doesn’t make much sense manages to bully the Democratic Party into giving credibility to her empty-headed nonsense is a continuing source of amazement.

It’s not a surprise that a vocal minority can have its way with the American people. That’s the problem with the Democratic machine. They have a majority in the House but that doesn’t mean that their views represent the majority of Americans or even the majority of Democrats.

Until the herd is culled listening to Cory Booker raise his voice and Elizabeth Warren promise hope to a country she doesn’t seem to like very much is a ridiculous waste of time. There are better ways to find out what these candidates think, including a recent op-ed from Warren in which she insinuates that the first step in fixing our criminal justice system is:

Government control of our minds is oppression just as much as the more concrete expressions of contemporary liberal speak like candidate Bernie Sanders take on the morality of taxation:

Our nation cannot survive morally or economically when so few have so much while so many have so little.12

We hear that “m” word a lot. Kristen Gillibrand used it during the debate. She talked about the moral fabric of who we are. Democrats are telling us loud and clear not only who, but what we are. The message isn’t good, but there is a way out of our badness.

Vote for more Democrats. Then spend lots of money.

UPDATE July 1, 2019: how much immorality can America withstand?

It turns out that we have more not to celebrate this Fourth of July that we thought possible.

America is now the land of the free, home of the brave, and sponsor of rampant national immorality.

Counting non-citizens with the Census is an immoral act we managed to dodge last week:

And the Court’s unanimous decision to remand this back to Commerce is itself a stunning rebuke to Sec. Ross and the entire partisan structure he erected to hide his illegal and immoral abuse of the census.13

It’s ironic that immigrants come here to be citizens and Democrats want to provide that path to being American, but counting citizens contradicts our values.

Democrats still want more jobs no matter how low the unemployment rate, but asking people to work for benefits is immoral:

Today’s USDA proposal is immoral at its core and betrays decades of bipartisan support for SNAP.14

People fleeing violence and tyranny have long sought refuge in America. Punishing them by torturing their children is immoral and un-American,” Congressman Malinowski said.15

No doubt $4.5 billion will help assuage our guilt for something Democrats are responsible for, but it’s just a start.

According to Nancy Pelosi even a structure to help save those billions and prevent all the immoral behavior at the border is immoral:

We, most of us, speaking for myself, consider the wall immoral, ineffective and expensive, and the President said – he promised – he also promised Mexico would pay for it.16

That was from December 2018, before Pelosi resumed her role as Speaker of the House.

Six months later Democrats have done nothing except obstruct a real solution and cheer spending $4.5 billion more on humanitarian assistance that won’t fix the real problem and will ensure that all that immorality will continue.

As a taxpayer and an American I consider that immoral.

4. “Chairman Jeffries on the Border Crisis: “There is No Soap. There are No Diapers. There is No Human Decency.” House Democrats. June 25, 2019. https://www.dems.gov/newsroom/press-releases/chairman-jeffries-on-the-border-crisis-there-is-no-soap-there-are-no-diapers-there-is-no-human-decency, retrieved June 30, 2019.