It’s easy to forget that the role of a good government is not to create more laws or to manage the impossible tangle of regulations and restrictions created by years of self-indulgent lawmaking.

Little or nothing can be accomplished by government without changing a law or making a new one. Dreaming up new laws is something Capitol Hill lawmakers are very good at, but to what end? Do more laws make a good government better, or do they just give lawmakers a license to do more damage? 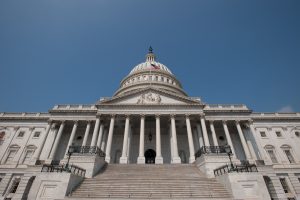 Why does a good government pass so many bad laws? People.

Too many laws we were told we could not do without don’t work, need to be overhauled, or should be scrapped entirely.

Or so we are told.

Our government is basically good. Its foundations are strong. The principles on which it was founded have value. They have survived the test of time. The problem is that without people, government is just a concept.

What kinds of bad laws does a good government pass?

A sad fact of our representative government is that laws are more about stealing the limelight than doing good works. All it takes to get the ball rolling is a bill draft.

There are a few pretty obvious tip offs that a new bill is bad. They are easy to spot without Congress casting a single vote or, in the case of presidential legislating, before the next order is handed down.

For example, there are:

These are some of the worst laws on the books. We don’t need them and never will. They are passed to increase support for something popular that will bring in votes later. For an example, look no further than regulations approved after Americans unhappy with their gender were tossed under the liberal umbrella of gay people.

LGBT politics hands lawmakers a feast of legislative possibilities. It also creates problems for businesses that work one on one with customers or provide bathrooms for employees that might not align with current Democratic hysteria over appeasing the demands of gender confused Americans who think they are something special.

That’s how a good government would treat this partisan non-issue. It’s not how ours deals with it.

Laws made to be fixed later

This kind of bad law just keeps on giving.

Sometimes opportunity knocks and Congress has to move fast. The Affordable Care Act and America’s recessionary spending bill happened because Democrats had an opportunity and seized it.

Remember Nancy Pelosi’s remark that you had to read the Obamacare bill to know what was in it? Few did. Time was short. This was about opportunity, not necessity.

Need another example? Decades from now we will still be dissecting the American Recovery and Reinvestment Act to find out what it did, what we spent on, and why.

President Obama’s April 9, 2016 Weekly Address sent the message before he even started his speech. “Playing by the same rules” is all about punishment. We already knew who he was talking about. We don’t need to be reminded:

Because I believe that rather than double down on policies that allow a few at the top to play by their own rules, we should build an economy where everybody has a fair shot, everybody does their fair share, and everybody plays by the same set of rules.3

Only politics can turn a corporate inversion into such a simple, flagrant act that the words “fair” and “fairness” explain why it should be blocked by the government. Corporate legal types know this. The average American taxpayer familiar with dumbed-down Democrat-speak does not.

Bad laws that will never work

The middle class can breathe a sigh of relief. The reason their retirement accounts aren’t overflowing is something we can regulate, the same kind of conniving evil that temporarily derailed our economy. It has nothing to do with the failure to expand incomes in an environment that stifles business and competition. Now the problem is bad investment advice, or so the White House tells us:

Investment losses due to conflicted advice result from the incentives conflicted payments generate for financial advisers to steer savers into products or investment strategies that provide larger payments to the adviser but are not necessarily the best choice for the saver.4

Better investment advice = overflowing 401ks and mutual fund accounts? It really is that simple when government decides to sell more regulation and needs to excuse its failure to do something it was never intended to do, ensure prosperity for all.

Middle class prosperity is a big issue, even though what Democrats call the middle class is more often than not the working class and especially those in search of government-mandated higher incomes.

As good as “middle class” is for rallying support, the bandwagon effect is even better. This is something we see all the time in Congress as lawmakers battle for time in the spotlight.

Heroin is getting boring. Fortunately, we now have lead in our drinking water to worry about or more accurately, for Capitol Hill to worry about.

Bandwagon laws take a problem and wring as much life out of it as possible. Sometimes they are justified. Often they are not. The bandwagon is an excuse for legislators to get their names in the headlines and get out in front of an issue before it gets stale.

Take the lead crisis in Flint, Michigan. What happened in Flint is a tragedy and a travesty. Americans swilling poison water is also a wonderful opportunity, but how many bills do we need to fix something there are already laws for?

Michigan’s Senator Debbie Stabenow hopped on the bandwagon, proposing a bill with a “Center of Excellence” on lead exposure, an advisory committee, and $200 million in federal money,5 just the sort of blue ribbon bureaucracy politicians love to get behind when they need to simultaneously distance themselves and benefit from a problem.

We also got the Safe Drinking Water Act Improved Compliance Awareness Act, a bill with two “Acts” in its name to “require public water systems to notify their customers of lead concentration levels in drinking water that exceed lead limits,”6 something we thought earlier laws took care of. The bill may never pass but it was good for a press release from House cosponsor Chris Van Hollen,7 who let everyone know he is on top of the issue.

A bill from New Jersey’s Bill Pascrell to “help schools and childcare centers test their drinking water for potential lead contamination”8 goes alongside another bill proposed by New York’s Senator Charles Schumer to do the same thing.

Barbara Boxer wants to scrutinize the water supply and “protect children and families” with her Lead in Drinking Water Disaster Act.9

Get the picture? This isn’t about fixing a problem. It is about using a problem to get attention and spending lots of time announcing too many new bills that aren’t going to go anywhere.

While Paul Ryan was busy insisting he would not be running for president something much more important was happening. Republicans were granted a scant 15 minutes to have their say before the Supreme Court10 as justices heard arguments for and against Obama’s immigration orders.

We have spent a lot of time, effort, and expense defending Obama’s orders and trying to get rid of these laws that aren’t really laws. The people were denied their say, but some members of Congress defended this blow to representative government anyway. Why? Because securing their own future is more important than protecting our system of good government.

To be entirely fair, our lawmakers do fulfill one very important purpose that helps support the concept of a good government. They are so eager for publicity and their moment in the spotlight that we usually know when something of consequence is afoot. Politicians are good at ratting themselves out. If only we paid more attention to what they are really saying.