Long ago Chief Justice John Marshall warned that taxes have the power to destroy. They can stifle growth, but taxes are even more destructive when we turn them into a moral imperative. The truth is that generosity isn’t a virtue from either side of the tax equation.

Fat chance you’ll hear that from anyone in Washington this week.

Being generous is obscene?

What happened yesterday was either a historical victory three decades in the making or the worst thing to happen to the middle class in generations.

Before tax reform passed Senator Bernie Sanders (D-VT) called the Republican proposal a moral and economic obscenity.1 He’s being clever. Sanders is good at that. The truth is we won’t know about the economic part for a few more years and then only by looking back. If the lower rates are repealed, it won’t be the GOP’s fault.

Obscenity? Don’t lose sleep over the morality of what Republicans just did. Taxation can’t be moral, despite Rep. Tim Ryan’s (D-OH) questioning whether the party has “an ounce of moral authority left.”2 We can assume he means liberal moral authority, which is a lot different from conservative moral authority. 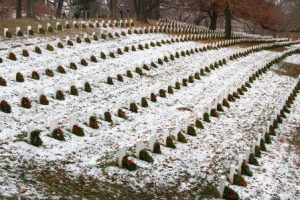 “Giving back” is a popular phrase this time of year, but Democrats will never apply it to reducing our tax rates. That kind of generosity is not something they understand. From the start tax reform was an all-or-nothing battle with all of your income in play.

Before the tax bill was finalized New York Democrat Brian Higgins recited tired words about favoring the wealthy while he criticized the GOP for cutting the solar tax and electric vehicle credits.3 Perhaps it’s different for working families in his state, but in most places solar energy and Teslas are things the wealthy invest in, not the middle class.

The two biggest arguments against the bill don’t make a lot more sense.

The greater good is a scam

It’s true that taxpayers who pay the largest percentage of their incomes to the government are getting a bigger break than people who pay less. This has nothing to do with fairness or morality. It’s simple math that even tax and spend Democrats should comprehend.

Some families may pay more. The vast majority will pay less. If taxes are really about using other people’s money for the greater good, this is the way it should be. Not everyone wins.

When Speaker Paul Ryan talked about “the giving season” recently he commented that “Charitable giving is a pillar of American society, and an act we need to protect.”4 He’s right. Too often we look at the tax code as an act of charity. That’s wrong. The government doesn’t go to work in the morning. Everything it does costs us.

The income tax takes our money so people in Washington can decide what to spend it on. For most Americans the benefits don’t flow down. Our money is just gone. We hear report after report about the ways it is used, wasted, and abused. That’s why when it comes to taxes generosity isn’t a virtue, especially after non-discretionary spending is taken care of. It’s just politics.

Democrats aren’t being generous when they hold the reins of power and flaunt their altruism any more than Republicans are being generous by giving back part of what is rightfully ours, though to be fair cutting tax rates is more generous than raising taxes and loudly taking credit for all the good you do with other people’s incomes.

If there is any generosity in taxation it’s not about whether others are more entitled to the fruits of your labor than you are. Generosity resides in deciding how little is really necessary to keep things running. This is not a moral judgment. It is a decision that defines partisan boundaries.

Tax decisions are a conflict of interest

Generosity isn’t a virtue when our money is spent to advance the people who decide how much of it we get to keep. The fact that the use of your tax dollars earns votes makes partisan generosity amoral and a staggering conflict of interest, albeit one sanctioned by our system of government.

Taxes can never be about generosity or morality. Democrats talk about the Republican tax scam but the hoax is trying to convince us that keeping more of our money is a bad thing.

There is nothing moral or generous in the decision that we are less entitled to our money than politicians out to make a name for themselves.