Tuesday’s political protests in Pittsburgh at the funeral for victims of the synagogue shootings are an affront to everything America stands for. The left claims the anger is a necessary response because the president endorses white supremacy and hate. There is no gray area. It’s all black and white, or at least that’s what we can assume given the tone of recent congressional attacks on the president and demands to clamp down on domestic enemies like white supremacists. Increasingly these enemies aren’t just hate groups. The rhetoric makes room for white males in general whose greatest offense is going to work every day and paying taxes.

Incoming House members take an oath to defend the Constitution against “all enemies, foreign and domestic.” There is no shortage of foreign actors who cause us problems, but this is a difficult thing to reconcile with a liberal foreign policy perspective that puts America second and even argues against higher security for travelers from nations most likely to harbor terrorists.

The Democrat Party endorses illegal immigration under the guise of asylum seeking. Congress failed to stand up to European Union overreach or support re-balanced levies on trade. Raising tariffs on China was roundly condemned as was the slightest nod to settling accounts with Western Europe. Russia now seems like an afterthought after the Kavanaugh hearings and the Pittsburgh shootings, but these two events had a silver lining for Democrats. 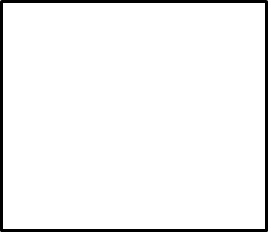 Our worst domestic enemies are in this box

It is absolutely astounding that a splintered party with a questionable future still refuses to put on a show of unity. Paul Ryan came out against Trump’s last minute call to dump abusive birthright citizenship. Detractor Jeff Flake backed Democratic policy on dealing with migrants. During the Kavanaugh hearings Flake, Maine Senator Susan Collins, and other party members waffled in their support before they did the right thing during the final vote. The party barely managed to pass its Supreme Court nominee after agreeing with Democrats on an investigation that brought the sham confirmation hearings to a screeching halt.

What does this have to do with white males? Everything.

What seemed to offend Democratic Party members most during the hearings was that Kavanaugh tried to defend himself against their attacks, as if the fact that he was white and male was all that was required to find him guilty. Diane DeGette (D-CO) claimed that:

Mocking those who questioned him, he repeatedly laid bare his contempt for both the Democratic party and the United States Senate.1

Considering DeGette’s party tried to ruin him, perhaps mockery was the kindest response Kavanaugh could offer. When it was all over Trump’s nominee was confirmed and white males were America’s number one enemy.

White and male: you are the worst thing in America

Tennessee Rep. John Duncan spoke the sad truth about being white and male in an editorial published September 28, 2018:

My father would be described as “bad” because he was not only a man, but a white man of privilege.2

Remarks like this from California Rep. Mark DeSaulnier add fuel to the fire and set the stage for Democrats to target white males:

Unfortunately, some people want to go back in time. They believe that an “enlightened” world of white males is what makes this country great.

Today, a black mark in our history was made by a President who forcefully elevated to the Supreme Court a man who was not properly investigated, committed perjury before the U.S. Senate, and has neither the moral character nor judicial temperament to be a judge in any court in the United States of America.3

We’ll let DeSaulnier’s comment speak for itself. The left has made it perfectly clear that we are the domestic enemies to watch out for.

You are the domestic enemy in 2018

Did you think this was over after election loser Hillary tossed you into her “basket of deplorables”?

Demonizing white males is the penultimate sign that the war between the president, the news media, and Democrats has reached an epic low point. Even though white men stand accused by the left of being the “biggest terror threat” our nation faces, our tax dollars are still acceptable fodder for anything their spending mill can dream up. That’s a perplexing irony considering Democrats complain about our earnings:

Some of us start companies and create jobs, but these contributions are little more than a liberal symbol for an entrenched power structure that cuts everyone else out of the best things America has to offer. When Obama was president it was immigrant entrepreneurs, not white males, who stood ready to provide jobs to rescue us from recession.

White men were a perfect political storm waiting to explode even before Trump took over. Negative, discriminatory, even hateful remarks about white males entered the political fray during Obama’s time. It doesn’t seem to matter that few of us commit the offenses we are accused of or reap the benefits of white power and privilege the left is so offended by.

A death at the infamous Charlottesville rally turned us into a nation of white supremacists. The very concept of nationalism became a threat akin to Nazism.

Nazi Germany is a symbol too good for the left to let go of even if it is wholly irrelevant. Democrats don’t understand that nationalism is about sovereignty and defending a nation’s interests, not jackboots and violent repression. Rep. Gregory Meeks (D-NY) asserted that:

There is no praise of nationalism that doesn’t telegraph to white-nationalism, and its anti-Semitic elements that have recently manifested into hate-speech and attacks across our country.4

There is a tremendous difference between white nationalism, white supremacy, and making sure that America and our citizens get a fair shake. That simple fact will be utterly lost in the push to turn everything white and male into sexual predation and support for Third Reich-style violent fascism.

White males shouldn’t be dammed for working, paying taxes, creating jobs, dying in wars, and standing up for this country. We are some of America’s best people, but Democrats have a better use for us. We are the domestic enemies liberal politics must confront. As liberals run out of hateful symbols to sell it’s only going to get worse.