Home » Government Ethics » Dignity, Respect, Tolerance in a Nation That Despises Itself

Face it. School shootings are now a part of American life. We just proved it again in Santa Fe, Texas. On Memorial Day how do we reconcile the dignity of a national commemoration that respects those who died to protect this country’s future with kids denying their classmates the right to have a future?

I had not heard of the Congressional Civility and Respect Caucus until this week. While I scoffed at the idea of respect and tolerance in contemporary congressional politics, after I did a little reading I’ll admit that what members on both sides of the aisle say makes sense.

Sheila Jackson Lee (D-TX) spoke the truth about the most recent outburst of violence:

This is not normal. This has to stop. This must stop. We now have 10 more souls that have died because as a society we are unable to stem the tide of gun violence.1

The congresswoman is right. What happened in Santa Fe isn’t normal, but it’s becoming the norm. Gun violence is a symptom of anger. It’s what happens in a country that has lost respect for itself, its people, and its institutions. 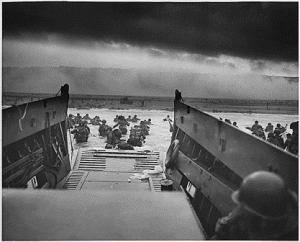 Landing in France
Does America still have respect?

Being civil is not about changing people’s minds or compromising your own beliefs,” Beatty said. “Rather, it is about listening to one another and treating each other with respect—especially those with opposing views.2

Other members of the caucus like Rep. Debbie Dingell (D-MI) sound equally hopeful and positive:

Too often in Washington and across the country, we have a problem talking across divides because we don’t slow down, listen and have conversations with those who hold opposing views.3

In today’s heated political climate, it’s important that Members of Congress lead by example and practice civil discourse and dialogue in the halls of Congress and at home.4

This is not the first time Congress has shown self-awareness about the impact of members’ words. Sadly, the importance of tolerance and dignity expressed by caucus members is not shared by all of their colleagues. Despite all this positivity congressional bigwigs know that anger and hopelessness play better to a national audience.

Days after the Santa Fe shootings Nancy Pelosi accused Republicans of “shutting down democracy,”5 a familiar refrain as the Russian election probe enters new realms of hopeless, time-wasting absurdity. The scandal will undoubtedly drag on through every day that Donald Trump is in office. It will magically vanish the day his successor takes over if the new president is a Democrat. Meanwhile, the evolving rhetoric of a nation controlled by traitors and racists will teach future generations to despise America for all the terrible things we stand for.

Considering that disrespect for this country is the new normal it’s not surprising that we have no respect for the person occupying the highest office in the land. It’s difficult for citizens to respect a country where even Republicans have found a way to use the threat of impeachment to try to shore up their midterm votes.

During the last presidential election Democrats threatened the American people with an unstable Republican candidate whose shaky finger was too close to the nuclear button. So obsessed were party members with this threat that they proposed H.R. 4140, the “No Unconstitutional Strike against North Korea Act.” The bill quotes George Washington, Alexander Hamilton, and James Madison. The difference between what these three men represented and what is happening now is that they were trying to build a country. Too often the goal now is to tear it down and send our citizens running for the exits, thanks to government officials who say things like this:

As long as President Trump has a Twitter account, we must ensure that he cannot start a war or launch a nuclear first strike without the explicit authorization of Congress.6

What does this have to do with what happened in Santa Fe? A country that respects itself has no room for politicians who get themselves in the news by deliberately stirring up anger and fear in the people.

After the latest school shooting Rep. Maxine Waters made a curious statement:

To sit idly by and do nothing is a shameful dereliction of duty.7

Sitting idly by and doing nothing is what Congress does best with divisive problems. As with any other hot button topic, there is an elephant in the room here: gun violence is too valuable an issue for lawmakers to do something worthwhile to stop it.

A Chicago congressman better known for his immigration bombast spoke of “America’s School to Coroner Pipeline,”8 an updated take on the Obama-era “School to Prison Pipeline.”

He spoke of the upcoming Memorial Day weekend and mixed mass shootings with the street violence in the Windy City:

There will probably be no national special reports or wall-to-wall news coverage because when 50 or 75 people of color are shot in an American city over the weekend, it barely makes the news.9

Rep. Gutierrez’ remark is false. Chicago’s gun violence problem has been national news for a long time. So have the accusations of racism in the city’s police department. Even the president’s own inflammatory rhetoric alerts the nation that the Windy City has a problem. When the weekend is over, the local papers and news media will be ablaze with the weekend shooting totals.

How can a politician who values dignity, respect, and tolerance combine a national observance for fallen heroes with racism and a school shooting? He can’t, but an America that despises itself is a lot easier to manipulate with words that inflame than a nation that respects itself and its people.