Can we politely agree that political losers don’t have any reason to be civil? That includes minority House Democrats who signed a civility commitment yet play by their own unique set of civility rules.

Lately the politics of civility has proved less important than the politics of anger and repression. That means uncivil speech from Congress and even aggressive public behavior. It’s a sad thing for the country that the tenor of our legislature’s discourse is endorsed by dissidents who very publicly show their displeasure with our politics whether that means Antifa attacks or white supremacists exploiting an opportunity.

Will signing a commitment to civility make any difference? It depends on your politics and the elusive definition of what political “civility” means. 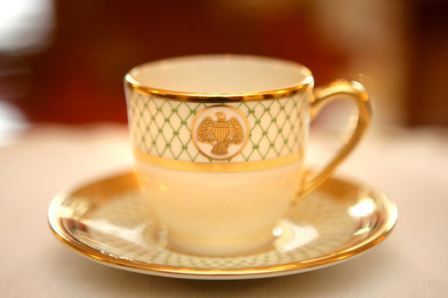 White House china
The only civility Washington has left?

Yes, there is a House Commitment to Civility

Is that even possible?

The Honor and Civility Caucus’s Commitment to Civility has noble intentions, but some of the signers must have skipped caucus meetings. Their divisive remarks directed at the Trump administration and Republicans are anything but civil.

We’ll get to that in a moment.

The House Commitment to Civility has a problem. It doesn’t say what civility is. It talks about working together, about serving the needs of the people, of respect and collegiality. Perhaps we need to spell out the meaning of civility loud and clear because it doesn’t seem like everyone got the message.

One sentence stands out:

we recognize that our political rivals in Congress are not our enemies – but rather our colleagues and fellow Americans.2

That doesn’t match the tone of what we’ve heard for the past two years.

The civility commitment starts with a nod to the “gravity of the responsibility”3 members are saddled with and the problem at hand:

Among these challenges has been an increasing division in and coarsening of our culture fueled too often by the vitriol in our politics and public discourse.4

That I can’t disagree with.

Civility rules? This is what civility is not.

In 2016 the “P”-word became a household slur when a tape featuring our president-to-be became a Democratic call to action. This torched any passing nod to civility in politics that got worse when the left didn’t get what Democrats were confident they had already won.

In politics there is no such thing as water under the bridge. The stakes for the 2018 midterms are arguably larger than the 2016 presidential election. Voters are fired up. The lack of civility is just more fodder to use against the other side.

Let’s set the civility vs. incivility argument aside and admit the truth: we have made the stakes so high and the prize of political office so valuable that talking about respect and decency is absolutely pointless.

Politeness and courtesy? Not in these remarks.

It’s possible to disagree with someone and be polite about it in private life. It seems to be too difficult a challenge for many leading very public political lives.

In the world most of us inhabit accusing someone of lying in print is risky business. Not in politics. Rep. Nanette Diaz Barragan (D-CA) vented her displeasure about how Homeland Security is handling U.S. immigration policy:

She [Secretary Nielsen] is now blatantly lying to the American people about the Administration’s policy and denying that it even exists. She should resign immediately.5

Like Rep. Barragan, fellow California lawmaker Salud Carbajal signed the civility rules but toes the line on politeness and respect:

We should all be outraged by this Administration’s inhumane actions,” said Carbajal. “The President has the power to halt the cruel separation of families with one phone call, but he shamefully refuses to act.6

When the topic was the Public Charge rule, civility commitment signer Val Demings’ (D-FL) vitriol was blunt and to the point. She blasted the “un-American”7 policy:

The American Dream is under attack by this administration’s vicious campaign to split America in two, with one set of rules for the rich and connected and different rules for the rest of us.8

Civility is about lies and more lies

We heard more accusations of lying and a blanket condemnation from Washington’s Pramila Jayapal:

He [President Trump] lied to the American people countless times on his Presidential campaign, he continued to do so while in office and now he’s lying in this Op-Ed.9

And now the President is lying about all of it to cover their [Republicans] tracks.10

Many gave Barack Obama credit for his reserved, always civil public personae. His words were calm and respectful, but he stoked division that afflicts us to this day. Trump can’t lay claim to the same reserved demeanor. I won’t argue that his over the top verbosity and Twitter attacks help his cause when they stray into less than civil territory. The difference is he didn’t sign a commitment to be civil. These lawmakers did, but I don’t suppose any of us took their vow any more seriously than they did.

There are two ways to respond to an event like this week’s dangerous package deliveries to Democrats. You can use it to bring people together or you can manipulate it to drive people apart.

Rep. David Cicilline (D-RI) chose these words to support his call for “civil and respectful discourse:”

The President has spent years stoking the flames of political violence. He has encouraged police brutality, refused to condemn the violent actions of Nazis, and offered to pay legal fees for any of his supporters who assaulted a protester.11

Congressman Kevin Yoder (R-KS) has a different idea on how to go about this:

Violence has no place in American politics, and this attempt to harm prominent Democratic leaders and the news media is terrorism, plain and simple. Republicans and Democrats must come together to prioritize civility and ensure that the divides between us never lead to violence.11

That’s how you bring people together.