Could there be a more cynical, anti-American political maneuver than the election year release of a massive report on torture going back to the Bush presidency? The charade is being overseen by California Senator Dianne Feinstein who, ironically, chairs a committee on intelligence. She seems determined to make us detest what little we have left to respect about our country.

When all is finished and the dirt about the U.S. is revealed to the world, the torture report will leave out one very important fact: torture became part of protecting America’s values. Torture and the threat of torture do not run contrary to what we are about. Torture might even make our values stronger.

Is torture the antidote for an evil world community?

Not everything that has happened since the Bush years has been Obama’s fault, though when it comes to torture we can blame him for situations that would compel us to use it if he hadn’t ruled out coercive techniques early in his presidency.

Liberal populism isn’t equipped to deal with national or even homeland security threats. Obama’s vision of having one great big community to organize doesn’t work in a world where terrible things happen at the drop of a hat. Do we need more confirmation that the world is not a friendly community than a Malaysian jetliner shot out of the sky, the atrocities committed in Syria, the ISIS offensive in Iraq, our dead in Benghazi, or the violence and bloodshed that explode after a cartoon or video is deemed offensive to Islam?

The international community can’t prevent these things from happening. It didn’t stop Hamas from digging tunnels into Israel, though other nations and the UN Secretary General were quick to condemn the unintended consequences of a war on terror waged by a country whose existence is a struggle against hostility. Israel is resolute in its determination to survive. How about the United States?

When it comes to America’s values, liberal political factions in Congress don’t think much of nationalism. Nevertheless, we still have to respond to threats against our people and we should be protecting allies like Israel. In an era where we are cementing our new reputation for not responding when things go bad, is the time ripe for apologizing to the world because we didn’t play nice after nearly 3,000 of our citizens were murdered by extremists? 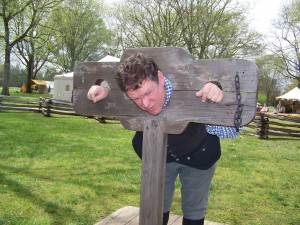 Torture is all about America’s values.

Our biggest mistake isn’t falling back on torture or performing acts contrary to America’s values. Our mistake is letting partisanship decide what our country is all about and how we deal with threats. The world is in turmoil. Every day this president is in office it gets worse. How do we respond? By releasing a damning report on torture that the president uses to gauge what our country stands for:

Our Commander in Chief tried to toss a bone to conservatives when he suggested that sanctimony over torture could be misplaced, given the climate after 9/11.2 In an August 1, 2014 press conference he repeated twice that “we did some things that were wrong”3 and waxed judgmental about America’s values:

Senator Feinstein isn’t so generous with her take on what constitutes a proper torture report. Unhappy with deletions of items she demands Americans must know about, Feinstein told us that:

The bottom line is that the United States must never again make the mistakes documented in this report. I believe the best way to accomplish that is to make public our thorough documentary history of the CIA’s program.5

Is she making the same mistake on torture and how we feel about America’s values as her party made with immigration right up to the moment protests broke out because communities were pushed too far? She seems to believe that Americans will see what she reports and be repelled. The president appears to agree, believing we are “fair-minded” in thinking torture is wrong:

And when we engaged in some of these enhanced interrogation techniques, techniques that I believe and I think any fair-minded person would believe were torture, we crossed a line.  And that needs to be — that needs to be understood and accepted.  And we have to, as a country, take responsibility for that so that, hopefully, we don’t do it again in the future.6

Benghazi and the Boston marathon would be good places to start a discussion about being fair-minded. Despite what we learned from 9/11, watchdog reports continued to question our ability to police who attends U.S. flight schools (see: Lawmakers Neglect This Deadly Immigration Issue). We refuse to police a border that children cross with impunity because security is just an excuse for the White House to collect money from Congress. Should we continue to confirm to the world that not only have we let down our guard, but we also feel bad about trying to protect ourselves?

Is an election year apology for torture a good idea?

Can we as a nation accept responsibility for torture because politicians want us to feel guilty or ashamed? Should we support coercive interrogation if it protects values like the rights to life, liberty, and freedom? It’s hard to make a decision when we aren’t playing with all the facts. We only hear what Washington wants us to hear and Democrats have already decided what we must believe. Perhaps if we knew what the president, intelligence, and security officials know, our opinions would change and we would all decide that torture is a pretty good idea. One thing is for certain. Whatever Americans think, bad actors in the world will be happier without the specter of torture defending America’s values and way of life. Using torture is one thing. Removing the threat and announcing to the world that we were wrong to use it is another. Do we want to remove that fear from our arsenal because it sounds good as an election year apology?