Home » Elections » Americans Attacked Because of Who We Pick for President

It began with a mean-spirited remark about Americans being deplorable. The reason? We were supporting Hillary Clinton’s opponent and she didn’t like it. Republican campaign rallies were disrupted. There were reports of violence. The trouble was pinned on conservative voters. The media stepped in. This week The Hill reported that we have proof of a coordinated effort by Democrats to create these incidents,1 but the damage is done. Democratic Party supporters, media outlets, public officials, and the president endorsed Clinton’s derogatory stereotyping of the Republican base and they are going to get away with it.

It’s a sad day when someone as low as a politician feels empowered to disparage the American people because they want votes and can’t have them.

It’s a sadder day when they convince the people they are right to do it. 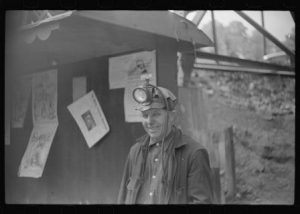 The unwritten rule used to be that politicians’ families were off limits. That barrier was torn down long ago. If it hadn’t been, Clinton’s candidacy would have destroyed it once and for all.

It’s a sign of how irretrievably divided we are that so many Americans are condemned by a presidential candidate because of who they will pick for president and surprisingly, how much money they either do or don’t make. Sure, Clinton wants to tax wealthy Democrats along with well-to-do conservatives but there is a difference. Rich Democrats are dumb enough to put her in office. They deserve what they ask for.

Working class Americans on the other end of the scale? If they vote Republican they are deplorable.

Americans attacked by politically-motivated hate and who?

We are still threatening to retaliate against Russia for alleged cyber-attacks that politicians, especially those on the left, warn could impact the election. Yesterday’s attack on the Dyn hub is a reminder of what could happen. Don’t be too surprised if the Clinton camp finds a way to suggest that Trump’s rhetoric was somehow to blame.

The message from the White House to the world is that we are going to get even for bad behavior in cyber space when we’re good and ready. The Clinton contingent is also threatening the consequences of Donald Trump’s illusory relationship with Vladimir Putin, which is a good way to distract us from the real threat of a foreign policy based on bribes, threats, and inaction. We drew the line in Syria. Obama and Kerry bribed Iran with their nuke deal. The U.S. is still waving sabers at North Korea. Now we are telling anyone who will listen that we will respond to cyber-attacks when we are good and ready. The problem is that Obama and Secretary Clinton taught the world that good and ready will never come.

Whether or not Russian hackers are determined to skew the election there is no doubt that Americans were attacked by Clinton and her protector-in-chief Obama. The president decided to generalize his political prejudices to Republican voters he accused of falling for conspiracy theories:

A lot of House members, a lot of senators — they stood by and they didn’t say anything because it was a way to rile up their base, and it was a way to mount opposition to whatever we were trying to do. And over time, because a lot of the hardcore Republican partisan voters were just hearing this stuff over and over again, they started to believe it. And that’s what allowed Donald Trump suddenly to emerge. Donald Trump didn’t build all this crazy conspiracy stuff. 3

You heard right. The president called us gullible because we are Republicans. We believe in crazy conspiracies and are not going to pick Hillary for president.

Does our gullibility include a high level cover-up of what happened in Benghazi?